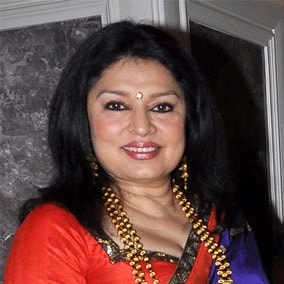 The art of scriptwriting has changed a lot over the years in our country. Back in the 80’s and the 90’s, actors were not given a bound script beforehand.. It was common to narrate a one-line story to an actor before he signed on and then improvise on the sets during the shoot.Even the dialogues sometimes, were given to them on the sets, right before the shot. But today, the scenario has changed, wherein any actor of repute, will ask for a bound script and thoroughly go through it in order to even consider doing the film. This change has slowly and consistently made its way into the Indian film industry and is here to stay. It is the right thing to have happened to cinema as it has brought about a new kind of discipline into the process of film-making. A director is much clearer about his vision for the film and is able to follow a pre-decided process of how to go about making it. During the production phase of a film, it becomes easier for the director to go about the shooting process as he has a clear understanding of what the beginning, middle and end scenes of the movie should look like. While there is place for creative improvisation, the basics are planned and scripted. Even an actor has a much better understanding of how the movie progresses and is able to stay on the same page as his director and scriptwriter since they all follow the bound script. He is familiar with the graph, understands where his character is going and is able to get into the depth of it by adding nuances to the performance.he has enough time and space to give the character thought and give it consistently.

Earlier, there was hardly anyone who took formal training in writing and usually depended on their creativity to write good scripts. The scriptwriters back then learned most of their lessons on the job, while working. Today, a lot of the writers that enter the film industry have received an education in screenwriting and some have even studied writing from international universities, thus broadening the horizon and scope of cinematic writing in their works. Today, the scriptwriter follows arcs. While writing a strong script, you need to create a good character arc and then move on to conceptual arc and thematic arc. The writers today understand the use of technique and creativity in the formation of story, screenplay, and dialogue. A good training in screenwriting shapes a writers intuition as much as it shapes his talent and the combination of talent with skill brings the best out in his work.A good script is a combination of talent and technique as all the skill in the world cannot replace the brilliance of a creative mind.

The film industry is definitely looking forward to some brilliant scripts and scriptwriters in the near future!

Scriptwriting in the new generation was last modified: February 21st, 2020 by Marketing

One thought on “Scriptwriting in the new generation”