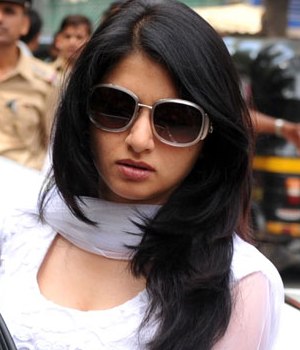 BE READY TO FORGET WHO YOU WERE, TO BECOME WHO YOU WANT TO BE. This line holds true in more in this field than any other. Acting, the pursuance of the world of imagination. Were you not as a child, oblivious to the people, place and time of day once you got into your own dream world? Well, think how it would be to discover that child in you again. Live another life, be another character, give it different emotions than what you would normally feel, be another you. I often tell people that this is one place where you don’t have to die to be born again to live a different life. You can weave that imagination into your story with every role you play. It’s one of the biggest incentives to become an actor, you get “to be whomever you want to be.”
Sometimes there will be fragments of your personality that will spill over unknowingly which will add a new dimension to what the writer has written for the role and “That” is what you will bring to the table. The rawness behind the well-etched character, the vulnerability underneath the perfection, and that is what every memorable performance is made of. I say this with conviction as I have known it to be true in my own journey. There is a little bit of drama in each of us that is bursting to come out, held by invisible rubber-bands, stopping us to come out there and get an audience. We do that in our daily lives at a blink of an eyelid and yet when it comes to turning that into a profession we fumble, stumble and dwell on the “Nos” and “whys”.

But if we have chosen this as a profession we would like to be in, then why not come well prepared. Get an insight into what makes an actor connect with the audience and make them a part of his story. What are the finer nuances that makes one actor better than the other. How the skill of observation in real life can be developed, so that it can be used to enhance the character in reel life. Why is it important for an actor to know about camera placement and many more details. Every field has growing competition, and this is no different. A skilled worker can use different tools to better his product. So that is where RSACE was birthed, to give opportunity to learn, observe, absorb and grow. Nurturing and developing a talent are 2 different aspects. At RSACE, there is abundance of both under the guidance of the Ramesh Sippy, India’s finest directors. I say that cause I truly consider his body of work especially his film, “Sholay” a masterpiece. Where else would each and every character of an entire film be memorable down so many decades. So well-construed was each character of the film that they became synonyms with behavioral patterns.
Were you even aware that acting classes are also used as a therapy to help face our fears, let out closed emotions, fight our inner demons, build confidence, gain comfort for social interaction and more. So it’s not just an acting study course but a chance to see another side of your personality develop, probably something that even you weren’t aware of.

When we look towards others to validate what we think is good for ourselves that in itself is a non-belief in your own capacity, in your own goal. The pursuit of acting dives within you to bring out a direction that is enthused with your energy, a focus that drives you to work harder, a hunger that compels your passion to achieve.Single minded pursuance with perseverance, and dedicated hardwork is the only thing that opens the doors to your dream. Your mind is capable of doing anything you want it to do. Believe in YOU.

Author Bio.
An Indian film and television actress, Ms Bhagyashree has acted in films in various languages like Hindi, Marathi, Telugu, Kannada, and Indo-Bangladeshi. She gained popularity after her debut film, Maine Pyar Kiya. Equipped with a nutrition and wellness expert degree from AFPA (American Fitness Professionals and Associates), Stanford nutritional diploma and British Nutritionist stamp, she writes a wellness and health column for the Times of India and is on the wellness and nutrition advisory board for the women’s hospital. She is the brand ambassador for the Bhagyashree Scheme, which caters to the girl child from below poverty line families.

Be Ready To Forget Who You Were, To Become Who You Want To Be was last modified: December 13th, 2017 by Marketing